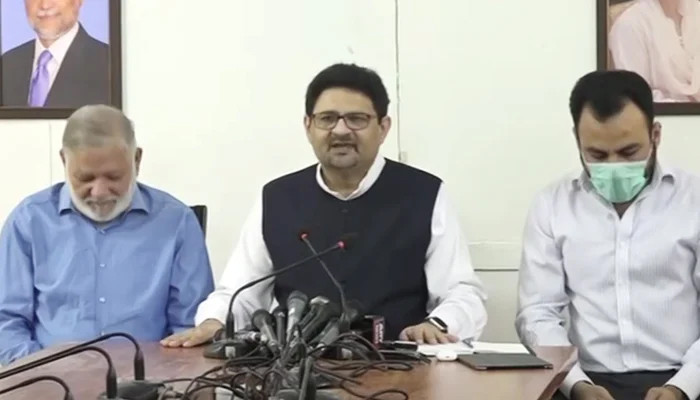 KARACHI: Former Finance Minister Muftah Ismail on Monday criticized Federal Minister for Energy Hamad Azhar and said that the government should focus on ensuring gas supply in the country instead of killing bushes.

Ismail’s remarks came in reference to Azhar’s tweet on November 19, where the minister had challenged. Geo News Anchor Shahzeb Khanzada will discuss the country’s LNG and gas issues.

He wrote, “I want to challenge Shahzeb Khanzada to discuss LNG and gas issues with me, with a neutral anchor and independent experts. Let me see the facts about the prompters. “

“Hamad Azhar brother“Stop arguing, because winning arguments does not ensure gas supply in the country,” he told a press conference in Karachi.

Giving recommendations to improve the current situation, he gave three suggestions to the federal ministers.

Ismail said that the government had not given the status of viceroy to Central Bank Governor Raza Baqir, however, “they have given everything else”.

The former finance minister said that Imran Khan’s speeches were good but he had pushed 220 million people into poverty.

Addressing a press conference in Islamabad today, Shaukat Tareen, Advisor to the Prime Minister on Finance, had said that another round of energy inflation was about to begin as core electricity prices would be increased in the coming months.

The former finance minister said that by increasing the monetary policy rate by 150 basis points, the government increased its expenditure by Rs 400 billion.

In line with market expectations, the SBP last week announced an increase of 150 basis points in its benchmark policy rate to curb the spiraling inflation, which threatens to destabilize the economy.

The central bank had said that the decision to raise interest rates to 8.75 per cent was taken in view of the risks associated with inflation.

Ismail said the country had seen “historic” inflation under Prime Minister Imran Khan. Poverty and unemployment are on the rise in the country. […] They have also taken away the capital of the merchants. “