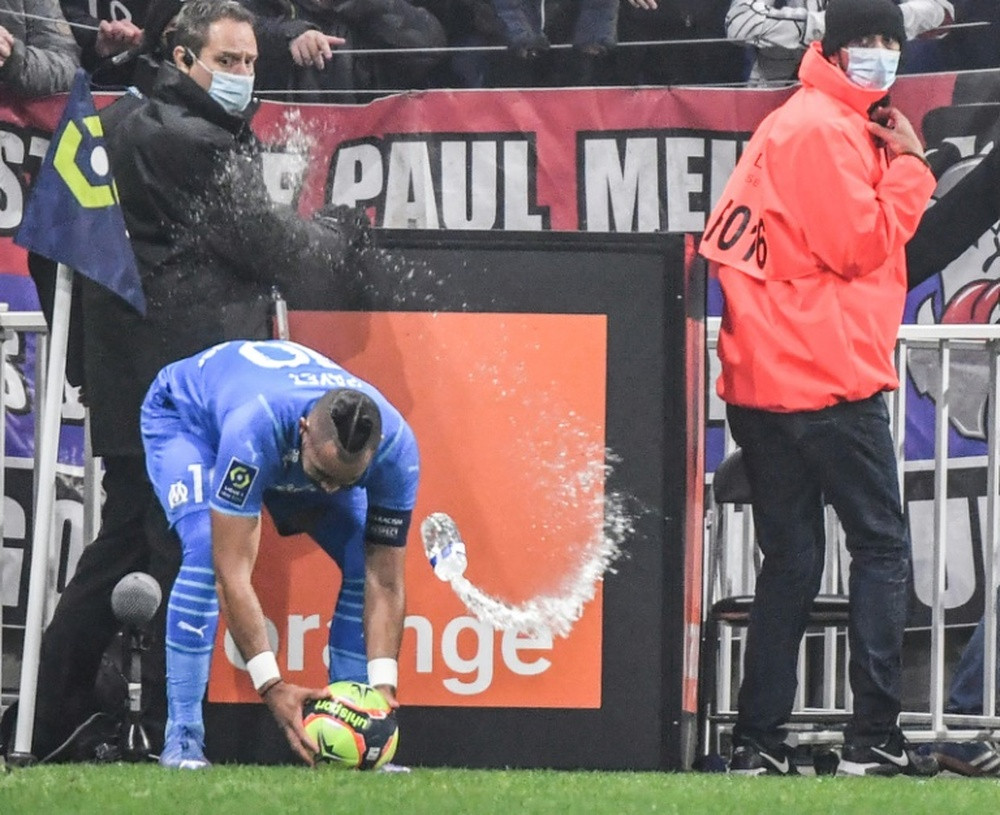 Sunday’s League 1 match between Lyon and Marseille was abandoned almost two hours after it was interrupted when Dmitry Piet was hit for the second time this season by a water bottle thrown by a mob.

Pite needed treatment after being hit on the side of the head as he prepared to take a corner in the fifth minute, signaling both teams to return to the changing rooms.

“Dmitry is psychologically affected, this is not normal,” he told Amazon Prime.

“We always condemn any kind of violence, it affects everyone. Anyone who loves football can’t be happy tonight. The effect was a little bit violent. He was very impressed.” There was snow on his head in the dressing room. “

It was the latest in a series of events that have damaged French football this season and is a source of confusion following the initial decision to restart the game after a 90-minute delay.

The stadium announcer said: “Contrary to what was announced, the referee has decided not to restart the game due to lack of security for the players.”

The Lyon players initially returned for the warm-up after the announcement that the game would resume, but soon moved down the tunnel with no sign of their opponents.

“The timing of this decision is incomprehensible,” said Leon President Jean-Michel Olsen.

French league officials said they were “sorry” for the decision to try to restart the match. The LFP’s disciplinary committee will hold an emergency meeting on Monday.

Police told AFP that a man was arrested and detained after being identified by stadium security cameras.

Marcel’s captain Pete was also hit with a bottle during a game in Nice in August. During the warm-up before the kick-off, Leon’s supporters hacked him.