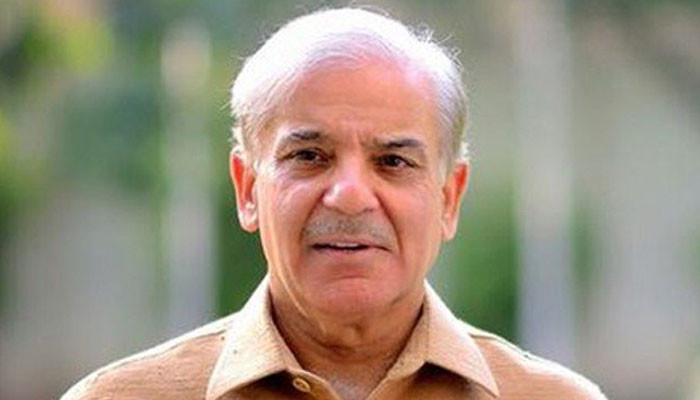 ISLAMABAD: Reacting to the alleged audio clip of former Chief Justice Saqib Nisar, PML-N President Shahbaz Sharif said that the tape showed how to keep Nawaz Sharif and Maryam Nawaz out of the political process. Targeted under a grand scheme.

An alleged audio leak on the internet on Sunday night, in which the then Chief Justice Saqib Nisar was allegedly heard telling another person that Nawaz Sharif and Maryam Nawaz will have to suffer punishment.

Justice (retd) Saqib Nisar had refused to accept that it was his voice and termed it as fabrication. “The audio clip is being falsely linked to me,” he said.

Talking on Twitter, Shahbaz Sharif said that it was time to “correct the mistakes” of former Prime Minister Nawaz Sharif and Maryam Nawaz.

Appealing to the concerned authorities to take notice of the audio clip, the PML-N leader said, “The nation is waiting for the justice system.”

Saqib Nisar says he is wondering “which legal option to take”

In the audio clip, the former chief justice is reportedly heard saying that “although there is no case against Maryam Nawaz, she will still have to serve her sentence.”

However, the Chief Justice refused to accept that this was his voice in the audio clip.

When asked if he would take legal action against the audio clip attached to it, Nisar said he was thinking about “what legal option to take.”

When the audio was initially leaked, Nisar said the report was “contrary to the facts” and explicitly denied that he had ever instructed his subordinate judges on a court order, even if Be related to Nawaz Sharif, Shahbaz Sharif, Maryam Nawaz. , Or someone else.

It may be recalled that on November 15, the former Chief Justice of the Gilgit-Baltistan Supreme Court had leveled serious allegations against Chaudhry Nisar and said in a notarized affidavit that he had asked the then Chief Justice Nisar to testify before the High Court judge. Was directed. Before the 2018 general elections, Nawaz Sharif and Maryam Nawaz should be released on bail at any cost.

Mian Muhammad Nawaz Sharif and Maryam Nawaz Sharif should remain in jail till the completion of general elections. On reassurance, on the other hand, he (Saqib Nisar) calmed down and happily asked for another cup of tea. ” Tareen was talking about the judge.

According to the document, Shamim’s statement was given under oath before the Oath Commissioner in London on November 10, 2021.

The affidavit, which is regularly notarized, contains the signature of the former Chief Justice of Gilgit-Baltistan as well as a photograph of his NIC card. The notary public sealed the affidavit, stating that it was taken “under oath before me” on November 10, 2021.