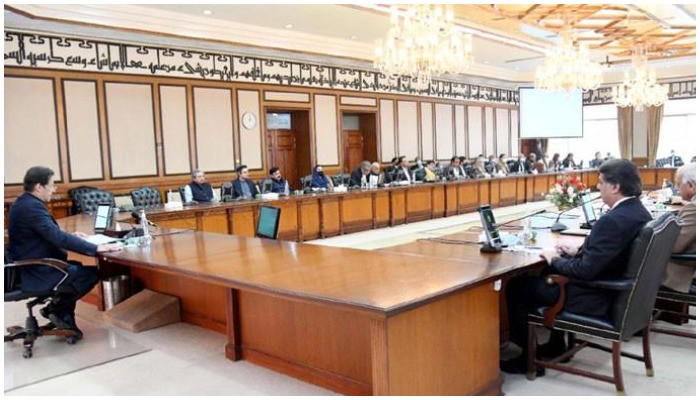 ISLAMABAD: Ministers in the PTI-led government have urged Prime Minister Imran Khan to adopt a more consultative approach instead of confronting the Election Commission of Pakistan (ECP), sources told Geo News on Tuesday. Told the news.

Sources familiar with the matter said that in a meeting of the federal cabinet chaired by Prime Minister Imran Khan, the ministers asked him to review the government’s strategy for dealing with the ECP on the issue of use of EVMs.

He suggested that the government should proceed with consultation with the ECP instead of confrontation.

The ministers reportedly said during the meeting that “the impression is that the government is against the ECP.”

According to sources, the ministers said that the PTI-led government deserves credit for approving the use of electronic voting machines (EVMs) for the next general elections and giving voting rights to overseas Pakistanis.

Last week, the Prime Minister wondered why the Election Commission opposed the EVM, as it was his job to hold free, fair and transparent elections in the country.

“Do they know what happens to me?” [traditional mode] Of elections? Ballot papers are double-stamped. Results come in 24 hours, “he said.

He said the only solution (for immediate results) was EVMs.

The prime minister has said that reforms are always in the hands of the opposition because they go against the “interests of corrupt elements”.

The government is responsible for bringing electoral reforms, he reminded everyone, adding that the PTI had called a 126-day sit-in in 2014 to push for reforms.

“We wanted reforms so that the next election would be fair,” he said.