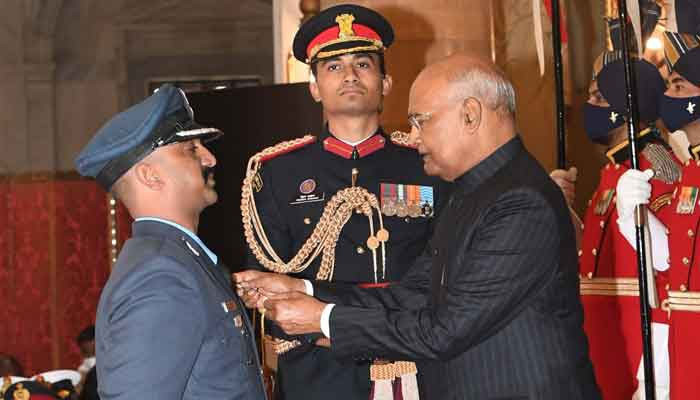 ISLAMABAD: Rejecting baseless Indian claims that a Pakistani F-16 was shot down by Indian pilot Abhinandan Verthamanam in February 2019 before Pakistan’s occupation of Azad Jammu and Kashmir, the Foreign Office (FO) said on Tuesday. International experts and US officials have already confirmed that no Pakistani F-16s were shot down after inspecting Pakistani F-16s.

The Narendra Modi government on Monday awarded the Veer Chakra – the third highest military honor – to an Indian pilot in recognition of his wartime bravery.

The award quoted the slain Indian pilot, Abhinandan, as “a classic case of Indian fabrication and pure fantasy to satisfy the domestic audience and hide embarrassment”, read a statement issued by the FO.

“India’s insistence on spreading a lie that has been completely exposed is ridiculous and absurd,” the statement said. It is against every principle of conduct.

The statement further said, “By giving such an award, thinking it is a thought, India has only made fun of itself.”

It may be recalled that on February 27, 2019, the Pakistan Air Force shot down two Indian planes in a daring operation in broad daylight. One of the Indian Mig-21 Bison planes crashed in Azad Jammu and Kashmir. The outgoing pilot was captured by Pakistan and later released in good faith. His return to India was a testament to Pakistan’s desire for peace despite India’s hostility and unprovoked offensive.

Another Indian Air Force Su-30 crashed on the other side of the Line of Control (LOC). On the same day, in panic, the Indian Army shot down its own Mi-17 helicopter near Srinagar, which it initially denied but later accepted. The Indian Air Force was completely out of play that day.

“Obviously, India’s ridiculous story has no credibility with the international community,” the statement added.

“For its part, Pakistan is as ready and determined to thwart any hostile intentions as it was in February 2019. India must learn from its failed attempt to violate Pakistan’s sovereignty and It would be better to refrain from adventure. “

India has just given Nandan the Veer Chakra.

IAF pilot and group captain Abhinandan Worthman, who was captured by Pakistani forces in 2019 after his MiG-21 was shot down by the Pakistan Air Force (PAF), became India’s third-largest war-time fighter. The highest military honor was awarded the Veer Chakra.

According to Indian media, Abhinandan has been awarded the honor of “shooting down a Pakistani F-16 during a dogfight in February 2019”.

The Abhinandan Veer Chakra Award was announced in August 2019 but was given today in the presence of Indian Prime Minister Narendra Modi and Defense Minister Rajnath Singh.