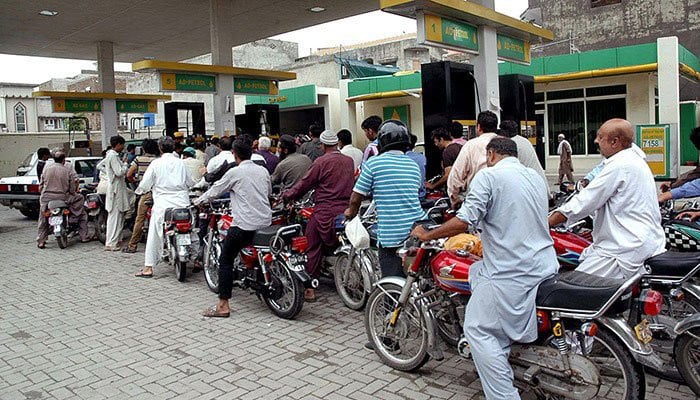 The Ministry of Energy (Petroleum Division) has announced that petrol pumps across the country will remain open tomorrow (Thursday).

The Pakistan Petroleum Dealers Association (PPDA) had announced on the first day that they would go on a nationwide strike from tomorrow to register their protest against the “low profit margin”.

A statement issued by the Petroleum Division said that the demand for increase in margin for petrol pump owners has been forwarded to the Economic Co-ordination Committee (ECC) by the PPDA.

“People don’t need to worry,” said a spokesman for the Petroleum Division.

He said the ministry was working for a reasonable increase in the margins of ECC-approved oil marketing companies and dealers, adding that a decision by the federal cabinet in this regard was expected in 10 days.

The spokesperson said that petrol pumps of all companies including PSO, Shell and Total would remain open across the country tomorrow.

He further said that oil tankers have been dispatched across the country to ensure uninterrupted supply of oil. He added that many associations in the oil sector have expressed satisfaction with the efforts made by the ministry.

OGRA spokesperson said that some elements were trying to disrupt the supply of petroleum products but OGRA enforcement teams would monitor the situation in the field.

The oil regulator said that action would be taken against those who obstructed the supply.