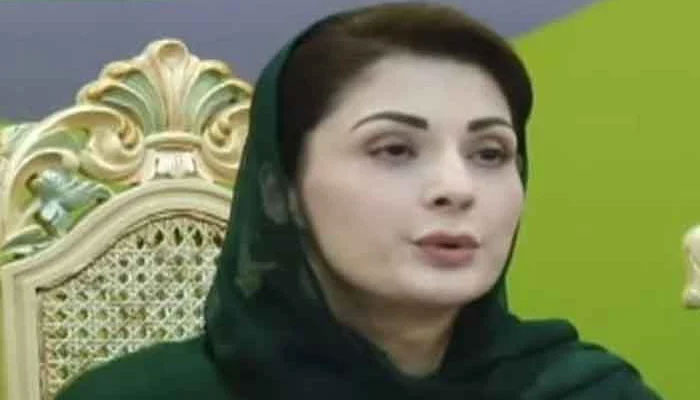 At a press conference held regarding the ongoing case of audio clip containing the alleged voice of former Chief Justice of Pakistan Saqib Nisar, a reporter asked Maryam about the authenticity of this audio clip.

In response to a question, Maryam said that she would not deny that the voice was hers or that it was a fabrication.

“I was running the party’s media cell at the time and this is an old audio clip,” he said.

However, Maryam told reporters to ask questions about Nisar’s case, adding that she would discuss the matter later.

It is to be noted that in the audio which went viral on social media, Maryam was heard saying that no advertisement will be aired on four channels in her name.

PML-N came to the defense of Maryam

Controversy erupted after the statement, with PML-N spokesperson Maryam Aurangzeb explaining that the PML-N vice-president was talking about party advertisements in an audio clip.

“The party makes decisions regarding advertising,” he said, urging the media not to create any problems.

Aurangzeb said that Maryam bravely admitted the truth about the audio clip, because there is nothing to hide in it.

“When a person has done nothing wrong, they openly admit it,” he said.

The government should investigate.

Following Maryam’s remarks, Federal Ministers Fawad Chaudhry and Hamad Azhar held a press conference, where they told the media that an investigation would be launched.

Chaudhry said Maryam was handling the PML-N’s media cell and that “misuse of public funds is a crime under the Federal Investigation Agency (FIA).”

He said the matter would be investigated and details would be shared with the media.

Calling Maryam’s orders “fascist” in the audio, Azhar said the PML-N vice-president’s confession was “enough to open the eyes of journalists”.

The energy minister said that if this had happened in a western country, the whole family would have gone to jail.

He added that this was “not a surprise”.

He further said that all the media houses which were sponsored by PML-N and which they targeted were known.

“I mean, what authority did he give these orders to?” Did he assume? [Nawaz Sharif] Running her own kingdom where she could pass government orders as her daughter? He asked