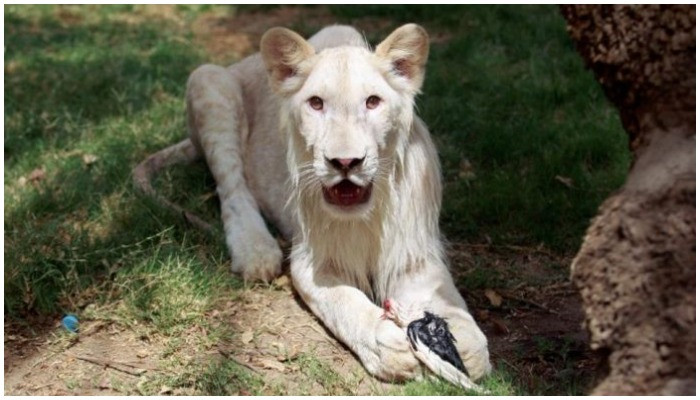 KARACHI: The Karachi Municipal Corporation (KMC) said on Wednesday that a rare white lion died at the Karachi Zoo when its lungs stopped working due to alleged pulmonary tuberculosis.

Karachi Administrator Barrister Murtaza Wahab demanded a report on the death of the lion, which was one of the world’s endangered species.

KMC spokesman Ali Hassan Sajid said Sher had been ill for the past 13 days and had been suffering from pulmonary tuberculosis. The animal was being treated by veterinarians but he did not recover and died.

The lion was between 14 and 15 years old and was brought to Karachi Zoo from Africa in 2012. A team of veterinarians performed an autopsy on the lion and collected details about the illness and death.

According to veterinarians, the lion also had pneumonia and the lion’s lungs had stopped working.

Administrator Karachi Barrister Murtaza Wahab said that he was saddened to hear of the death of white lion in Karachi Zoo as there are very few white lions in the world.

He said that strict action would be taken against the zoo management if any negligence was found after the cause of death of the lion was revealed.