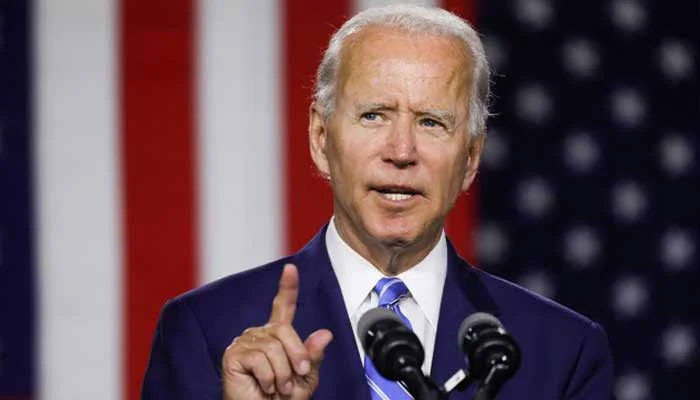 Washington: Threatening China’s anger, US President Joe Biden has invited Taiwan to a virtual summit on democracy with more than 100 countries.

The conference was the election term of the US president, who has put the struggle between democracies and “dictatorial regimes” at the center of his foreign policy.

The “Summit for Democracy” will be online on December 9 and 10 before a private meeting in its second edition next year.

The meeting was long publicized, but the guest list – published on the State Department’s website on Tuesday – will be scrutinized.

Surprisingly, America’s main rivals China and Russia are not on it.

But the United States invited Taiwan, which it does not recognize as an independent country but as a model democracy.

China condemns any use of the word “Taiwan” to give the sovereign island a sense of international legitimacy, which Beijing claims to be part of its territory and, if necessary, one day forcibly annex it. What is the determination to occupy?

The US move is a guarantee of further escalation of tensions between the two superpowers.

Julien Ko, a law professor at Hofstra University, tweeted, “I agree with Taiwan more than eligibility – but it seems that it is only inviting a democratic government which is not officially recognized by the US government. China is included.” .

India, often referred to as “the world’s largest democracy”, will survive under growing criticism from human rights defenders over the democratic setback under Hindu nationalist Prime Minister Narendra Modi.

Despite its strong ties with Washington, Pakistan will do the same.

Democracy is in decline.

Turkey, a NATO ally of the United States whose president Recep Tayyip Erdogan was called “autocrat” by Biden, is not on the list.

Only Israel and Iraq were invited to the Middle East. America’s traditional Arab allies – Egypt, Saudi Arabia, Jordan, Qatar and the United Arab Emirates – are all missing.

In Europe, Poland is represented, despite repeated tensions with Brussels over respect for the rule of law, but this is not the case with the far-right Hungarian Prime Minister Viktor Orban.

On the African side, the Democratic Republic of Congo, Kenya, South Africa, Nigeria and Niger are invited.

Instead of using the summit as an anti-China meeting, Isfahani urged Biden to address “the serious decline of democracy around the world – including relatively strong models such as the United States.”

This summit is being held because democracy in the countries from which the United States had high hopes has been shaken.

Sudan and Myanmar have experienced military coups, Ethiopia is embroiled in a conflict that US diplomats say could lead to its “explosion”, and the Taliban I took power.