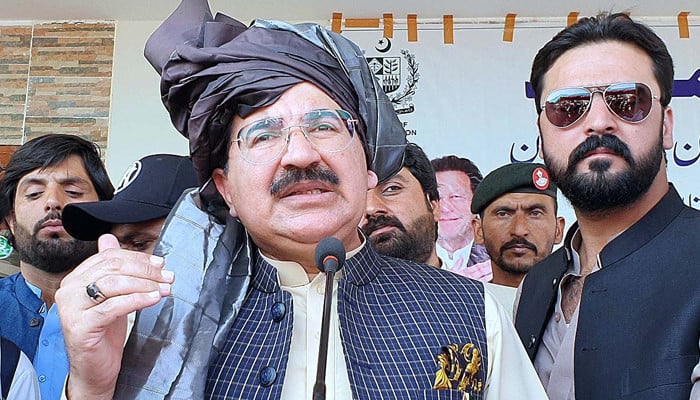 Sources said that Sanjrani is not traveling to India in protest of New Delhi’s August 2019 move to revoke the special status of Indian-occupied Jammu and Kashmir.

Last month, the Senate chairman was invited by Berla to attend the 100th anniversary of the Public Accounts Committee (PAC), sources said.

Sanjarani criticized the Narendra Modi-led government for repealing Articles 370 and 35-A of the Indian Constitution.

The centenary celebrations of the Lok Sabha and the Public Accounts Committee will be held on December 4. The invitation letter sent by the Indian Speaker said that President Ram Nath Govind would inaugurate the function while Prime Minister Modi would also deliver the speech.

On August 5, 2019, the Indian government hastened to repeal Article 370 of the Constitution through a presidential decree that gives special status to Indian-occupied Kashmir, as tensions in the disputed valley have escalated in the region. An extraordinary number of Indian troops are deployed.

Indian Home Minister Amit Shah had tabled a resolution in the Rajya Sabha to repeal Article 370, which had revoked the special status accorded to Occupied Kashmir and made the state a legislature with a legislature.

Earlier, on November 2, National Security Adviser Moeed Yousuf turned down an invitation from India to a meeting of regional security advisers on Afghanistan and made it clear that he would not visit New Delhi.

“I will not be going to New Delhi at the invitation of India,” Yousef told the media after signing a protocol to set up a joint security commission to boost bilateral co-operation in security matters between Pakistan and Uzbekistan.