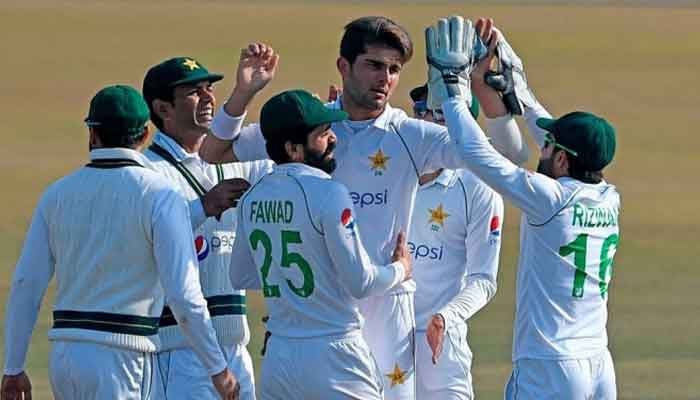 LAHORE: The Pakistan Cricket Board (PCB) on Thursday announced a 12-member squad for the first Test against Bangladesh.

The first Test of the two-match series between Pakistan and Bangladesh will be played tomorrow (Friday). The match is scheduled to be played at the Zahoor Ahmed Chaudhry Stadium in Chittagong starting at 9 am (PST).

The second and final Test between the two teams will start on Saturday, December 4 at the Sher-e-Bangla Cricket Stadium in Dhaka.

Addressing a press conference today, Captain Babar Azam said that our team is impressive and this time it will make a good impression in the Test Championship.

Azam admitted that the team had little time to adjust to Test cricket after months of playing T20 matches.

The Pakistani captain said that his team was not taking Bangladesh lightly.

“The situation here is different. [than Pakistan is used to] So we can’t take Bangladesh lightly, “he said.” The situation is a bit difficult and the batsmen have to stay on the crease to settle down.

Babar Azam said that Man In Green will have to play with attention and patience to perform well in the series.

Pakistan will be full of confidence when they take the field against Bangladesh tomorrow. The visitors won the third and final T20 match of the series in a thrilling manner and completed a whitewash of the host team 3-0 last week.