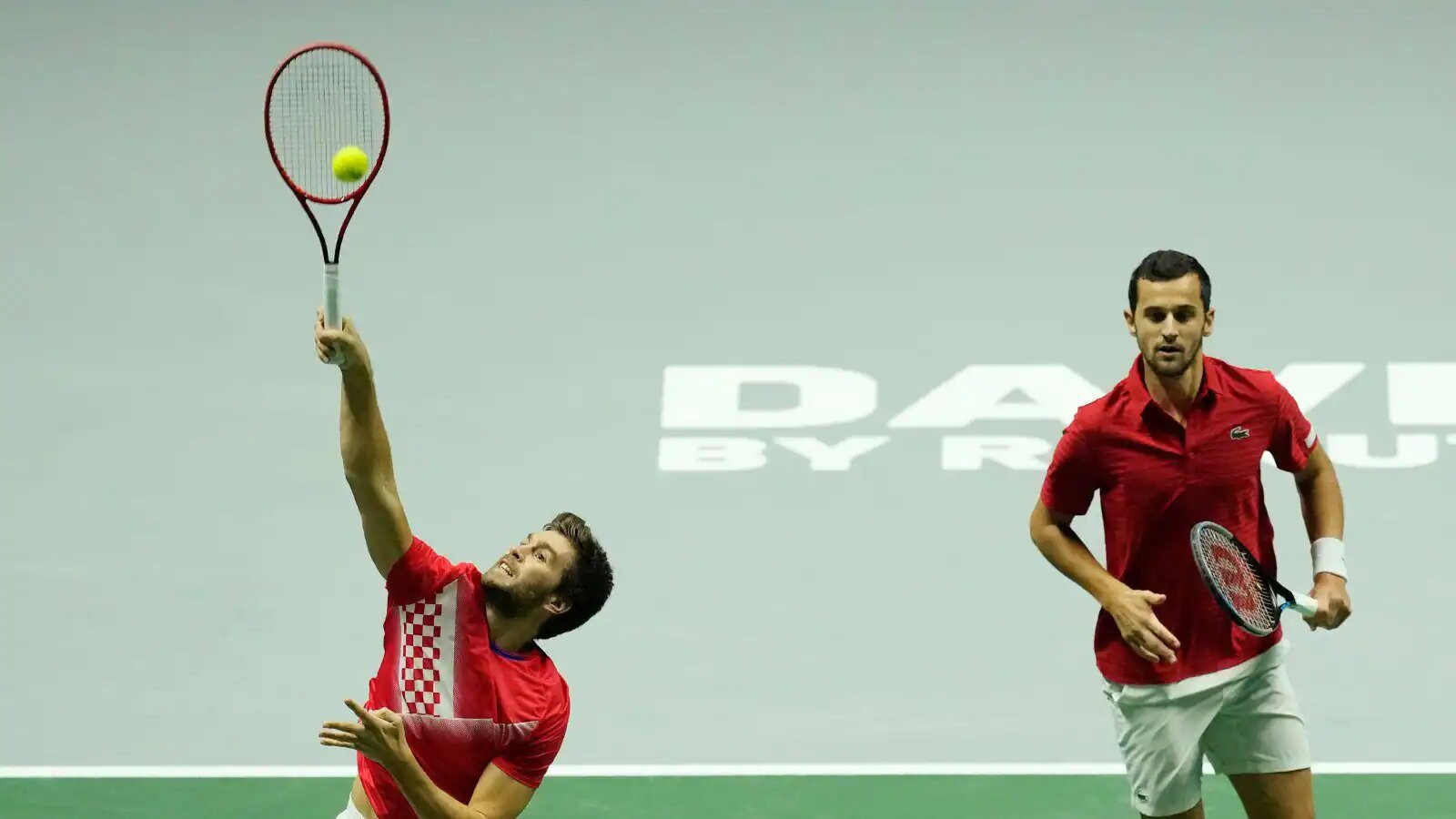 Brothers Elias and Michael Emer helped Sweden overtake Canada, France fought back to beat the Czech Republic and Croatia crushed Australia when the Davis Cup kicked off on Thursday.

Holders suffered a blow in defending their title before a furious ball with Carlos Alcaraz in Quarantine after Spain tested positive for the Covid-19.

The rest of the Spanish team, which is missing Rafael Nadal, was cleared after the PCR Test against Ecuador in Madrid on Friday.

Sweden were in great form against the Canadian finalists of 2019 in the Spanish capital without their two top players Felix Oger-Eliasim and Denis Shapovalov.

Elias said, “Today my forehead was cracking. I was beating the winners from everywhere!”

Robert Lindstad and Andre Goransen then left Sweden with doubles wins 7-6, 6-4 against Pospel and Braden Schneider, and needed a win against Kazakhstan on Saturday to reach the quarterfinals for the first time since 2011. ۔

In Innsbruck, where an increase in Corona virus cases and the consequent lockdown in Austria meant matches were once again being played on an empty field, France got off to a great start when 35-year-old veteran Richard Gasquet Lost 7-6, 6. -2 Thomas McCabe.

“Experience is not everything. Form is the key and I wasn’t ready to scratch today,” Gasket said.

And Nicholas Mahout and Pierre Hughes Herbert completed the comeback with a three-set defeat to Jerry Leica and Machak.

Australia, the 28-time winners of the Davis Cup, have something to do after losing 3-0 to Croatia in the tournament.

Hungary is awaiting its debut in Group D.

The Davis Cup, which began life as a bilateral match between Britain and the United States in 1900, has undergone numerous changes in the past, most recently in 2019 when it was reshaped to match the World Championships. was given.

These include two wild card countries, France and Serbia.

The 18 countries are divided into six groups of three, with the winner and the second-placed top pair advancing to the quarter-finals.

The semi-finals and final on December 5 will be played in the Spanish capital, a prize for the team that won the title two years ago in 2020 after being canceled due to the Code 19 epidemic.