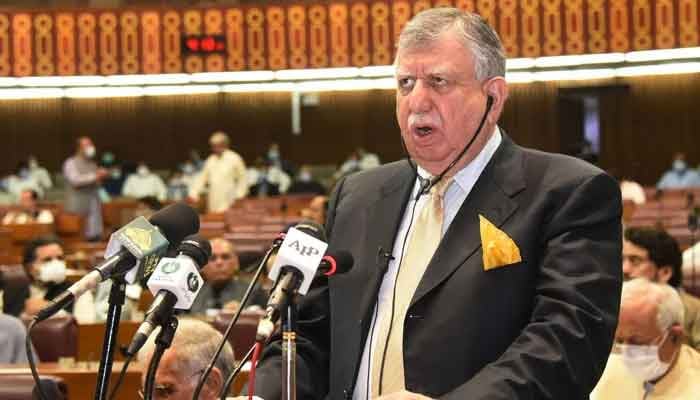 Adviser to the Prime Minister on Finance Shaukat Tareen on Friday said that the government has abolished all taxes on petrol and the benefits of reduction in oil prices would be passed on to the people.

Talking to media in Karachi, Tareen said that if we did not refinance then something else would have to be done. “The real effective exchange rate should be around 165, 166. The value of our money is less than 10 rupees,” he said, adding that there were rumors that the lockers would be confiscated, but that would not happen.

“Our problem is with the lower middle class because they are being exploited,” Tareen said. “Our problem is not poverty but inflation,” he said, adding that according to the World Bank, poverty in the country has dropped by 1 percent.

The finance adviser said the government would not allow any increase in taxes, and no new tax would be imposed. “Only tax exemptions will be abolished and all taxes on petrol have also been abolished. All the benefits of reduction in oil prices will be passed on to the people,” he said.

Talking about rupee, Tareen urged people not to pay attention to rumors. “The rupee will not depreciate,” he assured, warning those who think they will make money from the dollar that they will be hit hard when the dollar depreciates.

He said that these speculators would be surprised when the dollar depreciated.

He further said that we have to develop the agricultural sector, highlighting the fact that the government is giving subsidy of more than Rs. 150 billion to the fertilizer companies for gas.

Is this subsidy reaching the farmers? He asked the government to ensure that this becomes a reality.

Tareen then told small and medium enterprises (SMEs) that they are the backbone of any country. He said that there are 400,000-500,000 SMEs in Pakistan.