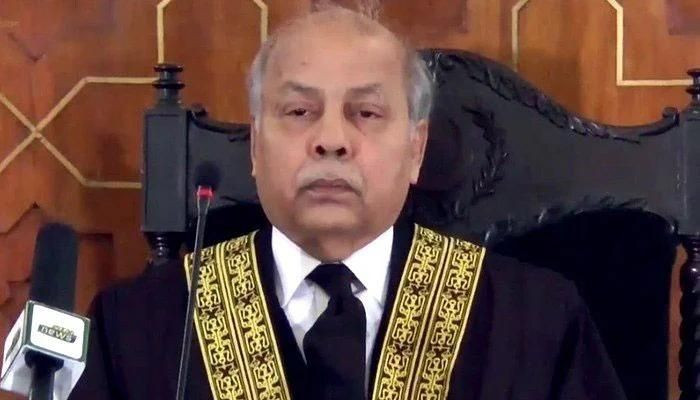 Secretary Defense, retired Lieutenant General Mian Hilal Hussain assured the angry Chief Justice of Pakistan Gulzar Ahmed before a bench of the Supreme Court that the cantonment land would not be allowed to be used for commercial purposes in future.

On Friday, a three-member bench of the apex court headed by Chief Justice Gulzar heard the case regarding conversion of cantonment land for private and commercial use.

The Chief Justice had directed the Secretary Defense to appear before the court a day earlier to answer questions related to the case.

When asked to submit a written report on military lands that had been converted for private or commercial use, the Secretary of Defense requested time from the court.

“You were given land, but what are you doing with it?”

“This land was given to you for defense and strategic purposes,” he said. On the other hand, you are using it for commercial purposes.

The Chief Justice said that you have built marriage halls, cinemas and housing societies on it.

In response, the official assured, “We are determined not to allow this to happen in the future.”

On this occasion, Justice Qazi Amin reprimanded the secretary.

“What do you mean by that?”

everyone [commercial] Activity [now taking place] The cantonment area will also have to be stopped, “he added.

“How do you know what’s going on here? [in Karachi] What if you are sitting in Islamabad?

“Go to all the cantonment areas and tell them that from now on the land will be used only for strategic and defensive purposes,” he said.

Masroor and Kemari bases have been turned into commercials. [property]The Chief Justice remarked.

“When we asked the authorities to remove the signboards, they erected tall structures behind them,” he noted.

The Chief Justice, after hearing the Secretary Defense, sought a written statement and adjourned the matter till Tuesday, November 30.

The next hearing of the case will be held in Islamabad.