The govt of Sindh has alerted the Federal Investigation Agency (FIA) to a web smear campaign aimed toward sabotaging the provincial leadership’s efforts and response to the coronavirus pandemic.

In a letter to the FIA, Sindh government spokesperson Senator Murtaza Wahab alerted the authority of the social media campaign against the provincial leadership, saying that audio clips and videotapes with fake claims were deliberately spread on social media.

Wahab said that the businessmen itself had rejected the baseless claims made within the anti-Sindh government propaganda.

The purpose of the propaganda was to destabilise the govt of Sindh, the senator stated in his letter to the FIA. The provincial leadership has demanded action against the web smear campaign, he added.

He said that those involved must be held accountable.

‘Propagandists will fail’
A day earlier, Wahab had refuted rumours that the provincial government was demanding bribes to reopen shops because the lockdown continued to harm businesses and economic activities within the province.

In a video message, he had said such allegations were an effort to malign provincial authorities, noting that allegations of soliciting bribes from traders were “baseless and are fabricated lies”.

“The Sindh government won’t reduce public service with such heinous tactics,” he had said. “The propagandists will fail.”

Wahab had also reminded those that the province was doing everything in its power to make sure they weren’t suffering hardship in these challenging times which it had taken safety measures after the primary case was reported on February 26.

At this critical juncture, absurd and baseless allegations must be avoided. “If anyone or association has evidence, we assure you of action against the perpetrators,” he had concluded.

‘No truth to such false claims’
The same day, the Karachi Electronic Dealers Association (KEDA) had also condemned the propaganda against the Sindh government.

In a statement by the KEDA, President Muhammad Rizwan Irfan had said some miscreants started a smear campaign online, whereby they were relating a gathering between traders and Chief Minister Murad Ali Shah at the CM House and using it to fabricate lies and build propaganda to fulfil their nefarious goals.

“It is requested that individuals shouldn’t become part of this conspiracy as there’s no truth to such false claims,” the KEDA had said, reminding everyone that forwarding or sharing such messages was a cybercrime and legal proceeding could also be taken against such acts.

The traders’ body had added that an inquiry was initiated against those liable for the reprehensible smear campaign and “such black sheep are dropped at justice very soon”.

“Therefore, all friends and allies are requested to not be a part of such a malicious campaign,” the KEDA said.

In a report on Geo.tv the identical day, the KEDA president had said the explanation to launch such a smear campaign was “to cause harm to the agreement that was struck between the govt of Sindh and also the traders.”

“I request the people to not forward messages without verifying them first,” he had said. 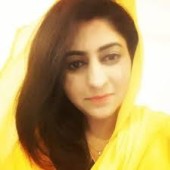 Relaunch of Pakistan Times is a Miracle Magic

Nepotism for all Times