FIGC hopes club matches will resume in late May

The Italian football federation (FIGC) said on Friday that club matches should resume “in late May, early June”, saying those advocating cancellation of the season “do not like football or Italians”.

The president of the FIGC, Gabriele Gravina, said it might take three weeks to organize after the tip of the coronavirus lockdown within the country, currently scheduled for May 4.

“So at the tip of May, early June, we are able to start,” he told Italian radio on Friday.
“Those who talk today about cancelling the season don’t like football or Italians, because they remove hope for the longer term and for recovery,” Gravina said.

“There is a monitoring period to ensure that every one those participating are freed from the virus. If they’re all negative, there’s no problem of distancing or contagion,” said Gravina.

“I hope that everybody is able to play in their own stadium, if that’s unattainable we’ll find other solutions,” he added.

“It’s a fancy moment for our country, for the economy and for football, which is one in all the foremost important industries,” he said, adding that he was confident “we will find the proper way”.

According to the Italian press, Brescia and Torino are the last two clubs to openly oppose the resumption of the league.

The city of Brescia is one in all the toughest hit by the pandemic which has killed nearly 23,000 people in Italy. 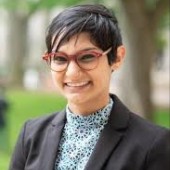